Secrets in the Snow (The Darkest Evening mystery REVIEW) 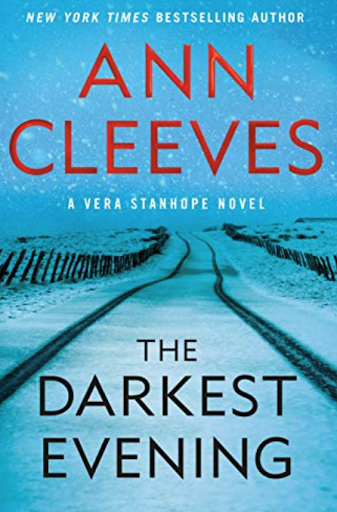 The meandering, old roads of rural Northumberland, in the dark of a frigid winter’s night, with the season’s first blizzard raging away, as a cantankerous older woman grips the wheel of her ancient Land Rover, determined to make it home rather than giving in and finding a room somewhere.
But, as fate would have it, she misses her turnoff in the whiteout her truck’s headlamps fail to penetrate, and ends up creeping down an unfamiliar road… nearly running into another vehicle, that has partially slid off the slippery, narrow lane. Grumbling, the woman hauls herself out of the Rover and makes her way to other car, where she finds the driver’s door wide open, but no driver in sight. One passenger, however, remains: a toddler, strapped into a baby seat, all alone in the frigid cold and dark.
As put out as she might feel, though, the woman is nonetheless a Detective Inspector, and she isn’t about to let a child freeze to death… or its missing parent go unfound.
So begins Ann Cleeves’ latest e…
Post a Comment
Read more 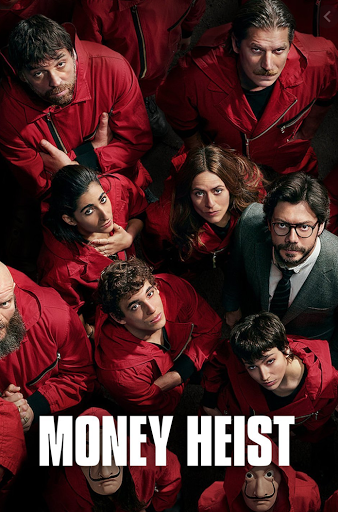 After holding off for the longest time, I finally decided to plunge into (the ridiculously-named) Money Heist, last month. It’s not for wimps, time-wise—it took me the better part of July to stream, finishing late on the first night of August (although, with stay-at-home orders during the ongoing worldwide pandemic, time is something most of us have a hella lot more of, anyway)—but What. A. Ride.La Casa de Papel (the Spanish show’s actual name, which is far more elegant than the Americanized title) tells the story of a grand heist--conceived and orchestrated by a quiet genius called the "Profesor", and enacted by his hand-chosen band of merry men and women (each given the name of a city rather than using their own names to maintain some anonymity and separation... in theory). In reality, though, that’s really only part of the story; at its heart, this is a grand romance… or a series of them, actually. (And those romances? They run the gamut: intellectual, nerdy love; wild-ch…
Post a Comment
Read more 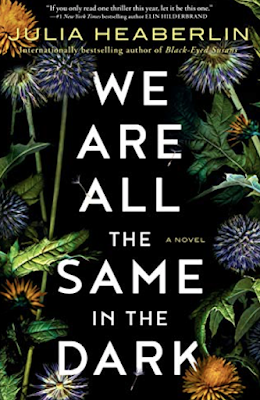 You know those rare moments, when everything is so absolutely perfect—so utterly right—that you wouldn’t change one solitary thing?
That, for me, is literally every single page of Julia Heaberlin’s We Are All the Same in the Dark… and no matter what I else I read this year, this is gonna be my favorite book of 2020, without question._______________
A trucker spies something near the edge of the road on one of those endless stretches of you-can’t-see-anything-for-way-too-many-miles flat Texas highway. The man, Wyatt, thinks it could be a dog, and he likes dogs, so he stops to check. Instead, it turns out to be an injured young girl, barely a teen—bruised, bloodied, and missing an eye—lying in the parched grass, a ring of dandelions circling her. Seeing as how he’s always taken dandelions as a sign—and heaven knows you don’t leave a wounded creature out in that kind of brutal heat, anyhow—Wyatt grudgingly puts her in the truck with him, and heads for home.
The same evening, a police office…
Post a Comment
Read more

The Mathematics of Murder (The Eighth Detective mystery novel REVIEW) 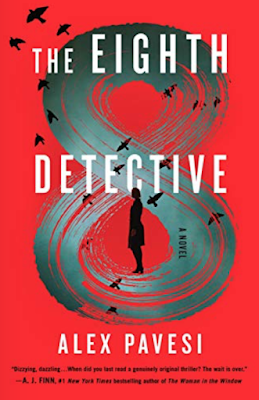 I’m about to do something I don’t think I’ve ever done before (and writing this during a global pandemic, when my city has already been under lockdown for more than four months, that’s really sayin’ something). I’m going to recommend a book I basically hated.
“Wait, you’re gonna whuh..??”, right? Believe me, I. Know. Just bear with me for a few, and we’ll get there… via Alex Pavesi’s The Eighth Detective.
_______________

Grant McAllister—an elderly mathematician who’s been living life as a recluse on a remote island in the middle of the Mediterranean for the last three decades—did something noteworthy, a long time ago… but almost no one on the planet knows what he did.
Julia Hart—an editor for a London publishing company—is one of the few who does… so she flies out to his tiny island with a proposal. Grant wrote and self-published (with a minuscule run) a book back in the early 1940s, shortly before he hied off to the island, in which he laid out precise mathematical formulas that all mu…
Post a Comment
Read more

It's Only Rock-and-Roll... Until Somebody Gets Kidnapped (Tie Die mystery REVIEW) 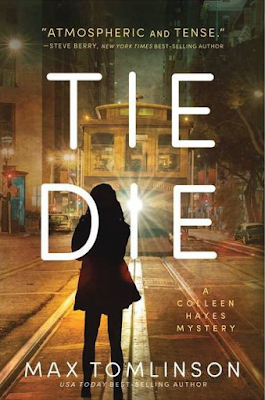 There may be a worse combination than sudden fame and all the trappings of mega-success for a group of young lads, but you’ll have to work to come up with one. Or, you can just dive headfirst into Tie Die, Max Tomlinson’s delicious new thriller, to see just how bad “worse” could be… _______________
Stevie Cook was the lead singer of an up-and-coming band—The Lost Chords—living the high life with his bandmates and rubbing elbows with the likes of the Stones in London. All of eighteen years old, he’d been swept from a normal life, to a crazy whirlwind of swinging 1960s excess, with all the booze, drugs, fancy clothes and gear, and female companionship he could lay his hands on.
Until one morning, that is, when he woke up, hung-over after a big show, with a naked young girl stone-cold dead in the bed next to him… and everything changed, again. Only this time, for the so-much-worse.
Stevie fled Great Britain, fearing arrest, and vanished, and The Lost Chords disbanded, with only one album un…
Post a Comment
Read more 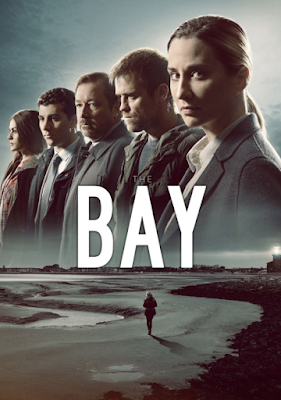 For anyone who’s been jonesing for a Broadchurch replacement since that series ended back in 2017 (and honestly, who *hasn’t* been missing it?!), I’d urge a look at the six-episode season of The Bay (available to stream via Amazon Prime channel BritBox). _______________
At first, The Bay feels like it’s shaping up to be a standard missing-persons story, when a pair of teens—twins Dylan and Holly Meredith—vanish from a youth center in the coastal town of Morecambe, Lancashire.
Detective Sergeant Lisa Armstrong, a Family Liaison Officer, is assigned the case, and given a still-wet-behind-the-ears Detective Constable, Ahmed Kharim, to shadow her. Begrudgingly, Lisa drags Med along with her to question the twins' family, where they're greeted with fear and no small amount of hostility by the extended Meredith clan: pregnant stay-at-home mom Jess, trawler stepdad Sean, two younger children, as well as Jess’s loud-mouthed mother and shifty younger brother, who works with Sean on the …
Post a Comment
Read more

Down 'n Dirty Detectin' in D.C. (The Reflecting Pool REVIEW) 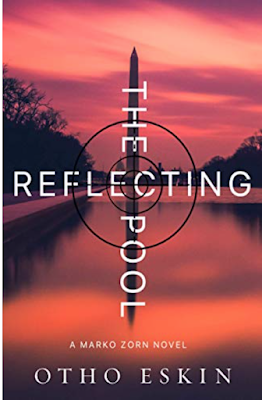 A police detective with a taste for bespoke suits, vintage watches, fine art, and classic European sports cars sounds like a conundrum, doesn’t it? Not easy to afford such high-ticket items on the average police salary.
Nothing about Detective Marko Zorn is quite what you’d call “average”, though, in Otho Eskin’s debut crime thriller, The Reflecting Pool… and that fact makes for a highly-compelling read.

_______________ When a woman is found facedown in the Reflecting Pool on the National Mall, Washington, D.C. homicide detective Marko Zorn has questions… not the least of which is how could an obviously fit female—in the prime of her life, by the look of her—manage to drown in less than two feet of water?
Once the body has been identified as Sandra Wilcox, a Secret Service agent who’d been assigned to the First Lady’s detail, it seems that nearly every branch of the military, police, and government does its damnedest to shut down his investigation, leaving Marko with a larger question: …
Post a Comment
Read more
More posts