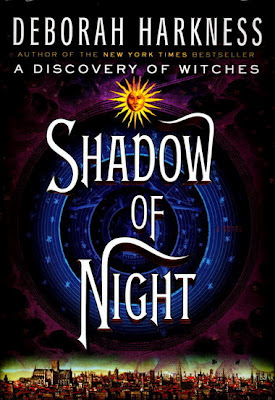 Humans have probably been longing to go back in time since... well, since man first realized there was a “back then”, and that things in the past may hold clues about the future.
Short of running across an H.G. Wellsian time machine or a souped-up Delorean, though, such time-traveling jaunts have long been viewed as either ridiculously unlikely (by the glass-nearly-empty naysayers) or a maybe-one-day possibility (by the glass-half-full hopefuls)... until now, that is (and still, possible only if you’re chummy with a time-weaving witch willing to take you along for the ride).
Good thing that Diana Bishop (an American professor at Oxford) is just that sort of witch, then, because she and fellow scholar (and ancient vampire) Matthew Clairmont have an urgent need to go back, way back, following the events in last year’s A Discovery of Witches [see review here] by Deborah Harkness.
At least, it would be a good thing, if only Diana weren’t so woefully-untrained at almost every aspect of being…
3 comments
Read more
More posts