What Happens Next... When the World Goes Dark & Scary 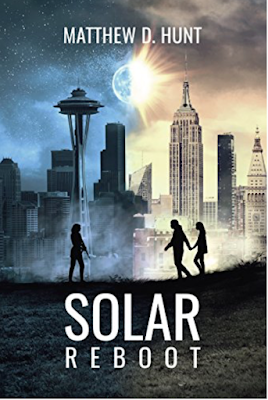 No matter how you cut it, there's a lot of scary stuff out there that we humans--regardless of how technologically-advanced, smart, or just plain ingenious we think we are--can do basically nothing about.

Fortunately, many of the things which onceplagued us no longer loom quite so large; some diseases have been virtually eradicated, while other conditions--which would once have been death sentences--can be managed, if not outright cured. We understand more about the nature of storms and tectonics, so are better equipped to take precautions against natural events. As a species, we humans are pretty darn plucky at the whole business of surviving-and-thriving.

But that still leaves an awful lot of unknowns and variables out there, the sorts of things that--well, there's just no way to say how we'll respond... unless/until they happen.