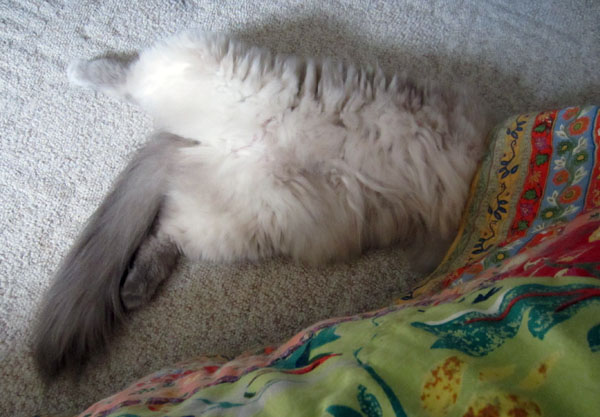 Good grief... I thought August would never end.
It’s always been my least-favorite month (the hottest part of summer), for starters. It also turned out to be frustratingly busy (boring work stuff). The worst part, though? Being majorly let down on the book front. [sigh]

Sure, August found me reading one book (The Cuckoo’s Calling, reviewed here) that was fantastic, but the other two I managed to finagle enough time (and focus) for... well, weren’t. One of them--which initially had promise--turned out to be so mind-numbingly dull (and sloooow) that I gave up after the first 300 or so pages; there was just no way I could make myself finish it. The other I forced myself to slog through to the very end... but only because it was the final story in a trilogy (that I'd previously really enjoyed). Blergh.
At least my hopes are high for September. Autumn--my favorite season!--should start gusting in with blustery winds and a riot of colorful leaves toward the end of the month, and as for rea…
6 comments
Read more
More posts