When a Fairy Tale is Good... and When it Isn't 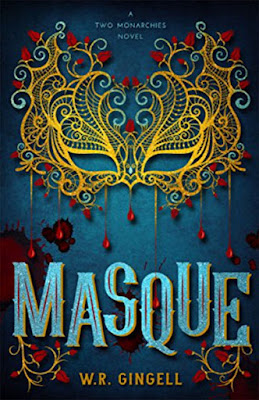 Sometimes, you really need a slice or three of your favorite pizza. (Go on, admit it.) Other times, nothing but a bowl of decadent ice cream (you know, the good stuff) can quench that craving you feel. And often, only the thought of a stiff drink at the end of a long day can put things to rights in your world.
When it comes to books, though, what is an equivalent treat/reward, when you're feeling sort of done in, when you're effectively "toast"? Something not too heady, too erudite, clearly; if your goal is escapism and guilty pleasure, you’re not exactly gonna pull out the Dostoyevsky or Hawthorne, are you?
No, for me that sort of release—the polar opposite of a trying day—is generally going to involve a fantasy… and one on the more effervescent, playful end of the spectrum rather than the elaborately-built-out-worlds end, because if it’s escapism I’m after, I really don’t wanna be tasked with thinking too hard.
So, over the past month or so, I’ve found myself flippi…
Post a Comment
Read more
More posts