You Can Never Really be Too Careful... ("What I'm Reading Wednesday") 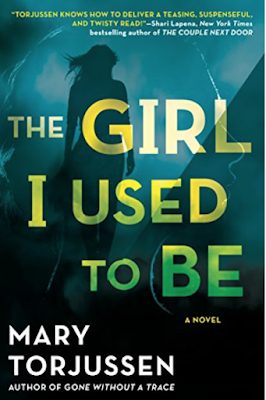 "What I'm Reading Wednesday"... Imagine, out of the blue, being terrorized and blackmailed by a stranger, claiming to “know what you’d done”… but you, having no memory at all of what the “what” in question actually was. Such is the premise of Mary Torjussen’s chilling psychological suspense, The Girl I Used to Be. _____________________________
During a rare night away from her family while attending a conference, (mostly) happily-married businesswoman Gemma Brogan has far too much to drink while dining with a potential client. The next morning, she wakes up in her hotel room—alone, in her underwear—with a savage hangover… and no memory of most of the previous evening.
Ashamed—and completely unsettled by the whole experience—she returns home to her husband and young son, vowing never to put herself in a similar position again (and to put what little she can remember of that whole weekend out of her mind).
Someone else has no intention of letting her forget, though… because a…
Post a Comment
Read more
More posts