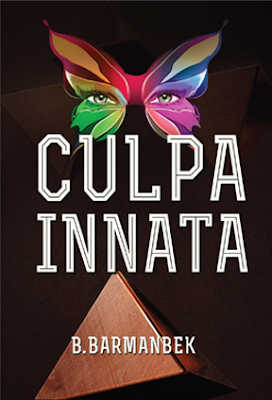 greed (noun): excessive or rapacious desire, especially for wealth or possessions.
Ask a hundred people if “greed is good”, and probably ninety-plus percent of them will look at you strangely, wondering why on earth you’d even ask such a question. Greed, after all, has the dubious honor of being listed among the so-called 7 Deadly Sins (along with lust, gluttony, sloth, wrath, envy, and pride)--not exactly a point in its favor. Recent history hardly endears it to us, either (considering all the fallout from those banking and investment scandals).
Still, there’s not much we can do to combat the existence of greed; we’re compelled to tolerate it in others simply because we don’t really have a say in the matter.
Now, imagine for a moment a world in which greed isn’t merely put up with... but is praised, encouraged, and rewarded. Such is the mindset in the not-too-distant world of Culpa Innata, as envisioned by B. Barmanbek (and based on a popular computer game of the same name).
✦ / ✦ / …
Post a Comment
Read more
More posts