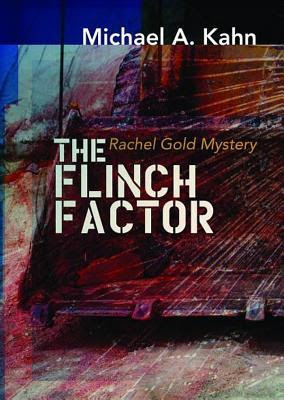 A decade. An awful lot can happen in that length of time... as St. Louis lawyer Rachel Gold is well aware. A successful young attorney who’d finally branched out on her own after giving several years of her life to one of those big, multi-name firms, it seemed--for a time--like nothing could go wrong. She had a small but growing roster of clients, got to choose her own cases, and had a couple of close friends with whom to share the good times. She’d even fallen for a great guy who appreciated her... and wanted to put a ring on it.

Flash forward ten years, and things have changed. Oh, business is thriving--she’s even made a partner out of her former secretary-cum-recently-minted lawyer, Jacki--and their clients are satisfied. Her legal professor-BFF, Benny, is still his robustly-raunchy (and riotously-funny) self. Her husband has been dead and buried for four years, though... leaving her with their young son, his two teenaged daughters from a previous marriage, and a huge, gaping hole in her heart.

If there’s one thing most lawyers do not want to be a part of, it’s a case that’s a real lost cause... yet that’s precisely what Rachel’s mother has managed to get her embroiled in. Her clients are the residents of a small, modest-income neighborhood--two hundred houses in total--who just want to save their homes from being demolished by a greedy developer bent on erecting a high-dollar gated community of McMansions in their place. Unfortunately for them, the developer has a huge tax incentive (plus those mega-profits) on his side... and a shady (but technically-legal) set of parameters which he’s used to sway the city council in his favor. The almighty buck being what it is, legal precedent is not on Rachel and her clients’ side.

All is not quite lost, though, because clever Rachel has come up with an unorthodox strategy of her own: playing on the eccentricities of the judge who’s wound up with the case... a man so famously capricious in his courtroom that probably ninety-nine-percent of the lawyers set to appear before him seek a change of venue, so as to not have to deal with him. (The reason this case will be before the dreaded Judge Flinch? Because opposing council has already used their one request for change... and wound up with him through luck of the draw.) Rachel's grand plan is simply The Flinch Factor.

One loser-of-a-case would hardly keep the firm afloat, of course, so Rachel takes on a second one. (The fact that it’s likely as hopeless as the first? Chalk that up to love of the underdog and a good heart.) The hunkiest man to remodel homes, ever (according to the metro area’s female population, who unanimously agree he’s positively dreamy), has recently died a shocking--and ignominious--death. Found parked along a remote section of road popularly known as “Gay Way”, his pants undone and drug paraphernalia around him, Nick Moran’s death is immediately labeled by the police as an accidental overdose during a sexual encounter (despite the fact that no one previously suspected him of being gay or bisexual, or using drugs).

When Nick’s sister asks Rachel to look into the death--swearing that her brother was neither gay nor a druggie--Rachel agrees for one reason; Nick had remodeled part of her house a couple of years ago, and she’d really liked him. If taking another look at things would give his sister some peace--even if it turned out that Nick had kept some big, personal secrets--she was happy to do it.

The thing is, when Rachel starts investigating the circumstances of Nick’s death (and life), she becomes convinced that the police actually do have it wrong... and worse, that his death may have been a murder. The kicker, though, is when she receives threats; clearly, she’s on the right track, which is just where the killer doesn’t want her... and that just makes her more determined.

I’ve been a big fan of Kahn’s work since 1992, when the first Rachel Gold mystery--Grave Designs--debuted, so for me, The Flinch Factor is a welcome return (after a long ten-year hiatus following his last book, 2003’s Trophy Widow). Absent he may have been, but this eighth book is definitely worth the wait, full of Kahn’s trademark clever plotting, easy-on-the-ears phrasing, and fascinating twists and turns.

This is, above all, a character-driven series, and Kahn gives us some terrific ones. Rachel is smart, funny, and attractive (but without falling into the trap of being a caricature); she’s just a good person and easy to root for. (She’s also Jewish, which further sets her apart from the usual “type”.) BFF Benny plays the super-smart sidekick brilliantly, if surprisingly; he’s a crude, not-just-a-little-overweight guy (with highly-questionable fashion taste), who somehow manages to ooze sex appeal. Jacki, the new law partner, is a transgendered woman who has successfully made herself over from the ground up (she used to be a brawny male construction worker), and is fascinating as well as entertaining. (As for the eponymous Judge Flinch, new to this book, well, he’s just... something else. A fun character, who totally steals a couple of scenes.)

There’s one additional recurring character to note--St. Louis, herself. Kahn does an excellent job of providing a real sense of the city, from the flavor of various neighborhoods to the atmosphere found in the lazily-sprawling suburbs, as well as doling out interesting tidbits of history and painting some fabulous visuals. A Rachel Gold story never feels like any other book (a tiring amount of which seem to be set in places like NYC or one of the major California cities); Kahn gives St. Louis, and her people, a voice... and it’s one I never tire of hearing.

Welcome back, Mr. Kahn. May you continue to be inspired... and please, not so long until the next one, huh?